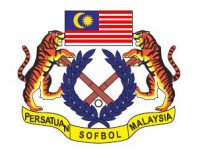 SAM has been a part of the international softball scene since 1976 when SAM proposed the formation of the Association of South East Asian Softball Federation (ASEAN Softball) and sponsored its first Championship in Kuala Lumpur. 5 teams participated in the inaugural tournament with Malaysia finishing 3rd behind the Philippines and Singapore with Indonesia and Thailand as the other participants. Further progress was made in 1979 when softball was included for the first time in the 10th South-East Asian (SEA) Games in Jakarta, Indonesia.

SAM’s membership comprise of full affiliate members and associate members, with the Sports Division of the Ministry of Education (through the participation of schools softball teams in SAM’s National competitions) playing an important role in SAM.